Common Secrets He’s Keeping From You 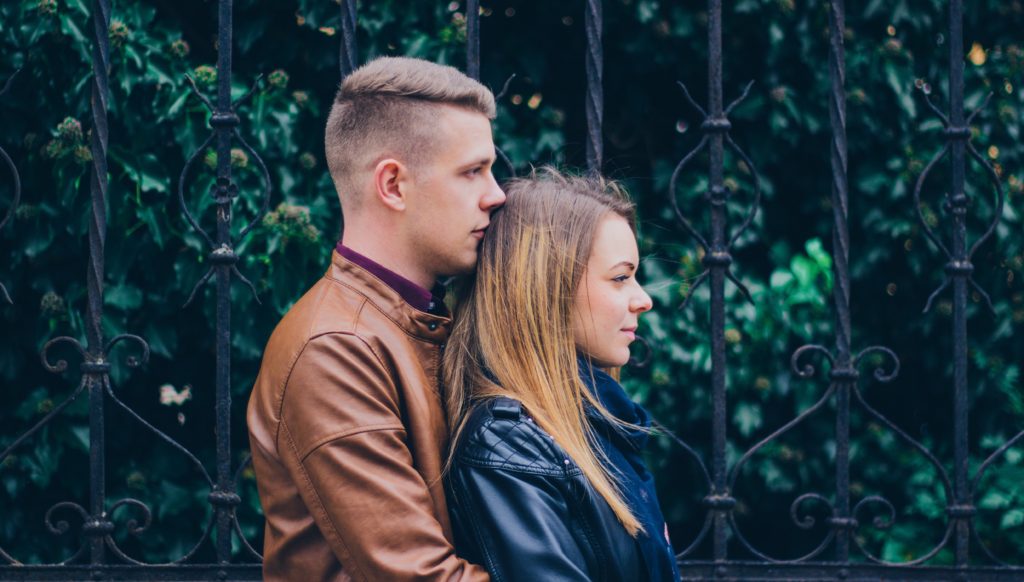 Men are from Mars, so they say. Loosely translated, this means that men speak a different language to women. The truth? It’s actually a case that men and women don’t effectively communicate in the right way, and that’s why there is a barrier in ‘language’. When you start a relationship with someone new, you want to learn everything about them. Y

ou want to spend your time communicating in every way possible, and part of that is keeping up those late-night pillow talks. It’s discussing your fears, your dreams and building castles in the sky for what you want for your future. The worry creeps in when the man you love starts to get a little distant and those lines of communication begin to break down.

Usually, when a man gets that little bit distant, the brain goes haywire. The questions of whether he is being faithful come to mind. It’s easy to go there: every woman everywhere has read the magazine articles that tell you the alarm bells to watch for when a man is being unfaithful. The clothes start to be upgraded. There’s a new gym membership being used. The antics in the bedroom start to slow right down and stop altogether. He’s looking after his appearance and eating better. I know you’re nodding along with this and agreeing that these are the sign of a man who is cheating.

Let me stop you right there, though. These may be the signs a magazine told you to look out for, but truthfully there’s every chance that there is something else a little deeper that’s going on. It may feel like you are losing him, but in reality, he may just be keeping something in that he doesn’t yet want to share with you. Sometimes, men distance themselves as they are more sensitive than we imagine, and they don’t want to show that vulnerable side of themselves. So, we want to put your mind at rest and tell you some of the most common things he could be hiding from you, and why you shouldn’t worry.

A very common secret that men keep from their partner is their fears. If he is going through health issues and is dealing with doctor’s appointments and leaflets detailing a robotic prostatectomy overview among other scary medical details, he won’t tell you about it. The reason for this is that he is supposed to be the strong and steady one, and the idea that you may see him afraid could make him look weak to you. Men are often afraid of losing their partners through looking weak and you have to make it clear to him that you will be there for him through anything. If there are health issues going on, you should be there for him and make it clear that you will share the worry together.

It’s no secret that sex is on the brain for most men, and if you have noticed a little distancing from you then you need to broach the subject sooner than later. The secrets being kept could be anything from concerns about your current sex life, a loss of libido through stress and even fantasies that he may be too nervous to broach with you. You will notice very quickly if there is distance from you in the bedroom, and the best thing about that is you can get it sorted very quickly.

It’s very common for men not to tell you how much that they truly need you. Some men don’t want to talk about how much you mean to them for fear of looking weak or being too open. He needs you to be the emotional one, holding him up and being his rock. He also probably needs you to be his sounding board, his person to rationalize his thinking.

The Pepper Potts to his Iron Man. The Lois Lane to his Superman. You get the picture. He needs you and he doesn’t want to tell you or burden you with his issues. The key here is to open the lines of communication and keep talking together. Look for his cues so that you can jump in and subtly let him know that you will be there for him no matter what.

The male ego is a delicate thing, and he may be feeling insecure. The distancing away from you comes from not knowing how to ask you how you feel about him and it’s a case of self-preservation rather than trying to upset you. If he begins to doubt his ability as the breadwinner, because he’s lost his job, he will withdraw into himself. If he doubts his ability as a lover, he will withdraw until he is made to feel like he is good enough. Usually, a good man will communicate how he is feeling and will tell you exactly what he needs from you, but if his ego is suffering a bruise, he won’t speak up until it gets too much.

None of these reasons are reasons to panic, because your partner still needs to have some privacy with their own thoughts. Unfortunately, if none of the above is applicable and your partner is still distant from you and you can’t get through to him, there is reason to worry. Sometimes, the reason your man has pulled away from you is infidelity. It’s not always the case, but sometimes those alarm bells mean something, and your instincts should pick it up straight away.

When it comes down to it, things fizzle out in the bedroom before they fizzle out elsewhere and when you have been together for a little while, you know their cues to notice. It’s not nice to deal with, and it’s not fair to anyone in a relationship, but with each relationship, you learn something new. Communication is the key to avoiding any secrets, but before you panic about secrets he may be keeping from you, think about what you could be keeping from him and go from there.