People have pondered this age-old question often and whether you believe in soulmates, there is indeed “otherworldly” proof that they exist. The idea of soulmates dates back as early as Greek mythology. They believed humans were created with four arms, four legs, a head with two faces. Zeus, fearing their combined powers, split them into separate beings, leaving them to spend the rest of their days in search of each other.

If you break it down simply into the definition of a soulmate it states that “a soulmate is a person ideally suited to another, such as a close friend or romantic partner.” Since we know that there are people more ideally suited to us than others, then yes, soulmates do exist. The next question is, can you have more than one soulmate? I believe the answer is yes again, and even though soulmates are rare, you know who they are immediately because you “feel” different with them. Your soul is immediately attracted to them. You are connected to them for unexplained reasons. In their company, you feel more whole than you’ve ever felt before. A soulmate brings out a different world in you. You feel more alive around them, more like yourself.

There is a saying that “the universe fights for souls to be together.” Soulmates cannot be separated for too long. In other words, wild horses couldn’t drag a soulmate from you. Can soulmates leave? Yes, they can leave for a time but they almost always find their way back to you. When they are gone you will always feel like something is missing from your life. An emptiness that cannot be filled with anything or anyone. Upon their return, you feel a calmness within you as if a piece of you is finally back where it belongs. They feel like home.

Don’t ever dismiss the importance of soulmates in your life. They are not brought to you by accident. They are here for a reason and play an important role in your life. You may not know what that role is but understand that it is necessary and they are brought into our lives to give it special meaning. And, I do believe the universe works in powerful ways to bring souls together. Maybe it’s the poet or even the hopeless romantic in me, but I will always believe in the romance and mystery of soulmates.

“Some souls just understand each other upon meeting.” N.R.Hart 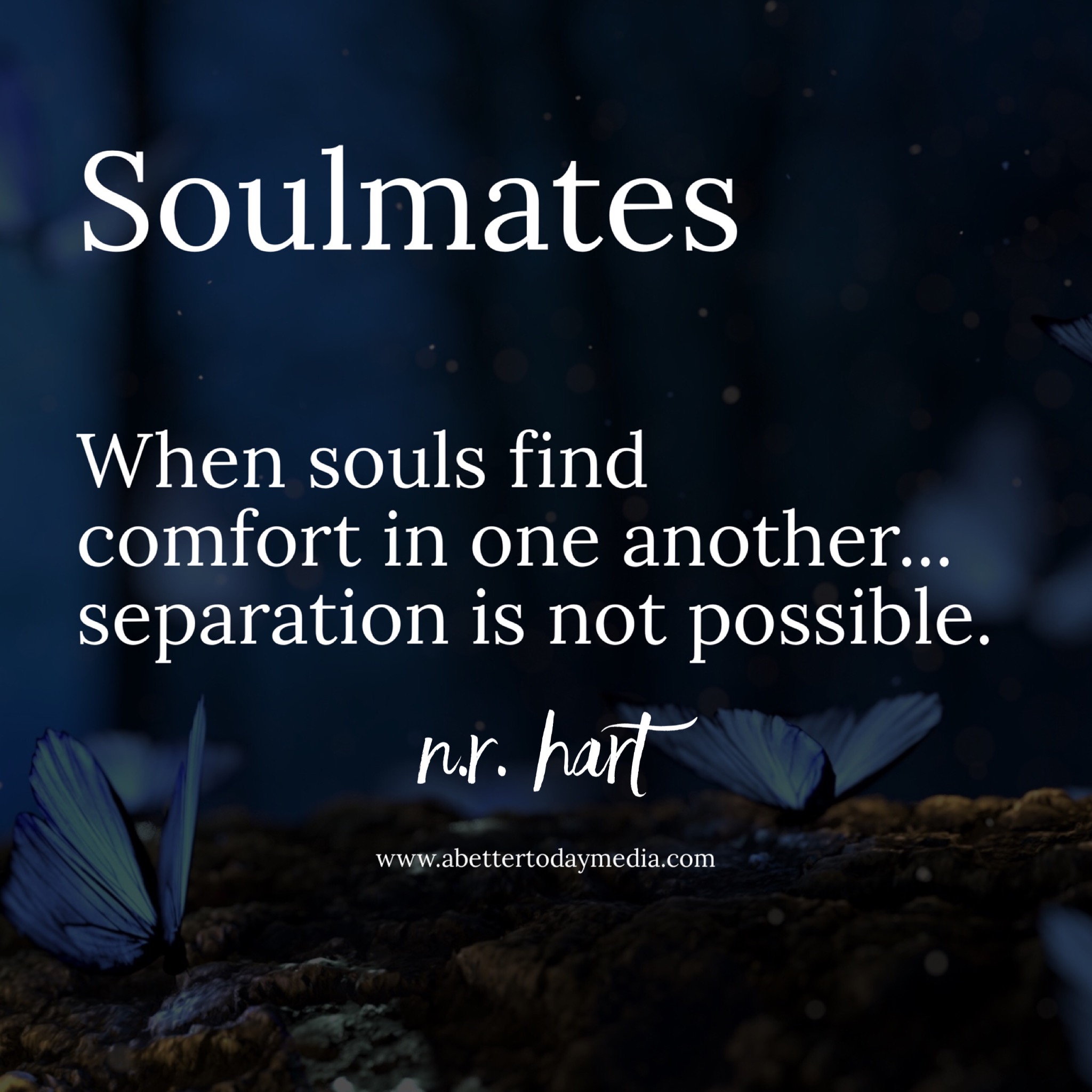 N.R. Hart started writing poetry at a young age and used her poetry as a way to express her innermost thoughts and emotions. A true romantic at heart, she writes feelings of love, hope, passion, despair, vulnerability and romance in her poetry. She published her first book of poetry “Poetry and Pearls” Romantic Poetry volume 1 by N.R. Hart in December 2015. Hart's second book "Poetry and Pearls" Romantic Poetry volume II was released in December 2018. Her newest book and first hardcover "Love Poems to No One" was released in February 2019. She is currently working on a trilogy of this book with 2 more books to follow later this year. She is also excited to announce she will be working on children's book of poetry in the near future. All N.R. Hart's books are available for purchase through Amazon and Barnes & Noble book stores worldwide.