There is No Right or Wrong Way to Grieve

Grief, depression, heartache no matter which one of these you’re going through it always seems as though it’ll never end. It feels like this void, an abyss everything seems to get lost in.

And you know I say about all this? I say, feel. Feel every bit of it. There’s no point running away from yourself. Sooner or later, feelings always catch up and it’s better that it happens on your terms than having a sudden meltdown.

The control freak in me lives by this advice. Sometimes you feel too much and sometimes you may feel nothing and you know what? That’s ok. I was numb for the longest time during my first heartache. And then I cried a bit and then my tears dried up. It felt as though they were inadequate to express my pain.

I’ve seen people judging others on how they grieved and I thought that ludicrous! There is no right or wrong way to grieve and anyone who thinks there is should oblige us all keep their opinions to themselves. Pain is such a basic emotion, and yet so hard to describe.

I think John Green says it best, “pain demands to be felt.” So feel, feel with every inch of your being. Feeling is what’s going to get you through it. And I’ll let you in on a little nugget of truth. Sometimes you don’t get over it completely. You just accept it and move on.

Sometimes the wounds you have become scars, battle scars in the war that is life and you live maybe happily ever after or not, I don’t know. But I know this, this is your life. Feel it, embrace it, and live it. Let your scars be your guiding light. Learn from them and above all be proud of them. They represent the times you won at life. 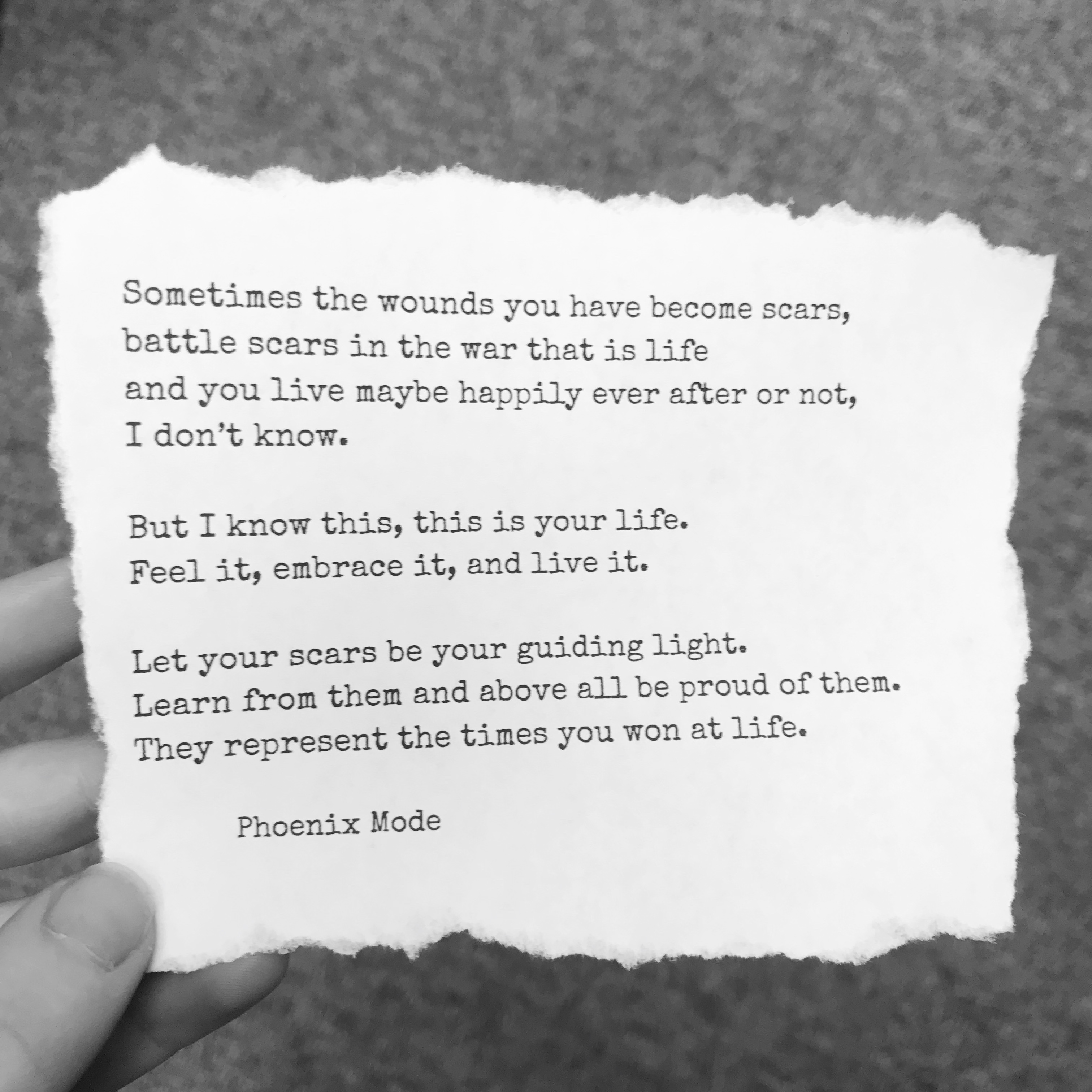