You are at:Home»Mental Health»Anthony Bourdain – A Tribute to the Man Who Touched Us All

Approximately 450 million people around the world suffer from mental illness according to the World Health Organization. Anxiety disorders, including depression, affect 40 million people in the United States. Anxiety disorders are highly treatable, yet only 39.9% of people seek treatment, this according to the Anxiety and Depression Association of America. But these are simply statistics.

On Friday, June 8th the world lost a name to these statistics. Anthony Bourdain was a man known to his family and friends as having depression and had battled addictions, self admittedly, in the past. He was a man most of the general public did not know, a famous chef and writer and experienced traveler.
We let him into our homes through his amazing travel experiences in television and writings. The cadence of his deep voice, the way he told his stories, and the smile of his eyes were all the things that made Anthony Bourdain human. The way he spoke to people from other countries, the way he made others smile, the way he would try any food in every country he traveled, made him real.
He went to places many of us will never be able to visit. He inspired others to visit the places they may never have thought to go. And now, he is gone. The world is a lesser place because of that.
Many journalists and social media outlets have been sharing suicide hotline numbers since his death. The sad truth is that when you are at the point when suicide seems to be the only answer, people are often past the point of reaching out for help.
The truth is that those of us who battle with depression or mental illness feel terribly alone. You never know the deep dark thoughts of some, and all you can do is listen and love when you think someone may need it.
Godspeed Anthony Bourdain, your journey, and your legacy will live on in the hearts of those you touched and in the footsteps of those who will travel on without you. 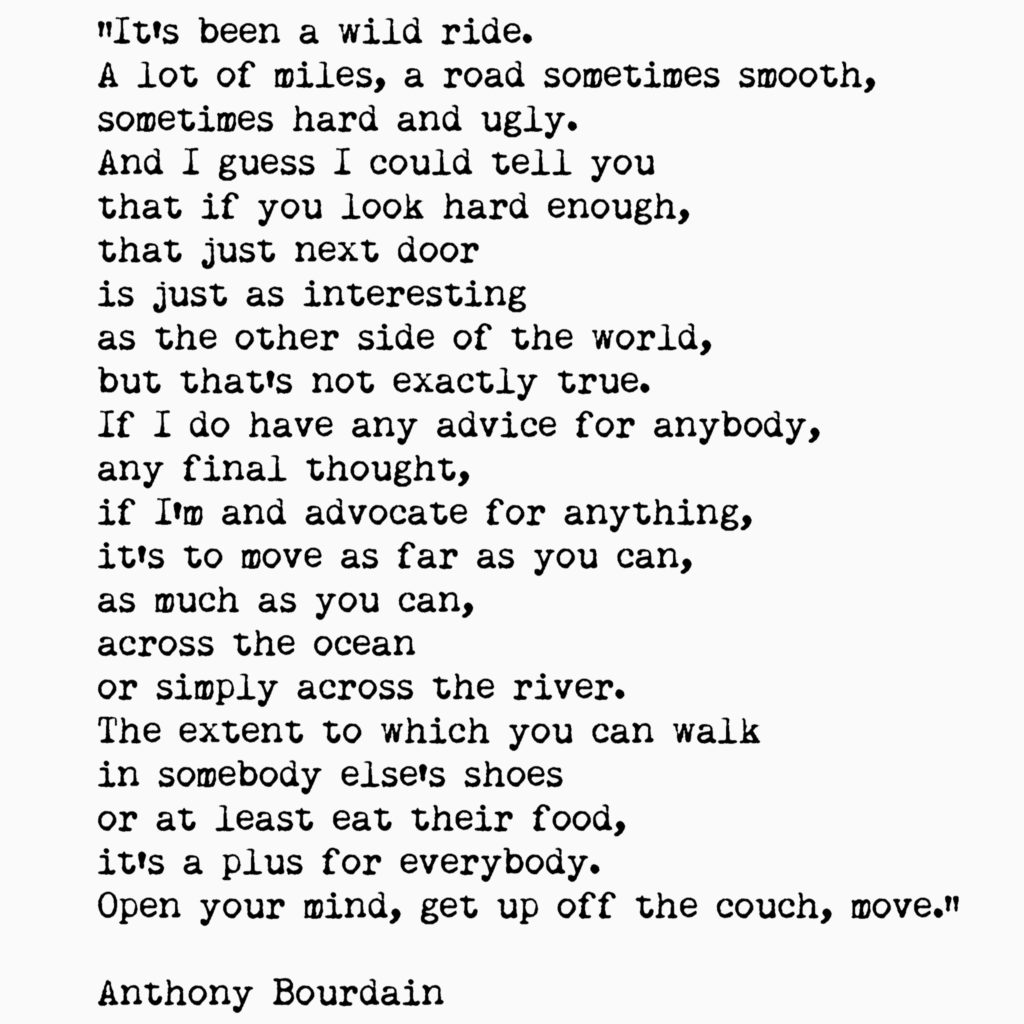 Rebecca Lynn Schultz is a freelance writer and poet from Chicago, Illinois. She holds a bachelors degree in education, and had the privilege of teaching English, Literature, and Journalism. Although she enjoyed the academic atmosphere, the love for both creative and nonfictional writing moved her out of the classroom. Writing has always been her passion and artistic outlet. Her poetry can be poignant, with a focus on relationships and a compassion for humanity. Her most important job is being a mother of three and she can always be found with a book or pencil on hand. She currently resides in Dallas, Texas.